Our challenge. Fly out to JFK, shoot five influencer videos and a hero film, all of which had to be ready for the brand’s launch event at McIntosh House in SoHo in 72 hours.

Following hot on the heels of its range of smartwatches, Montblanc expanded its range of luxury wearable tech with its line of wireless noise-cancelling headphones. It chose New York City as the backdrop to its launch, drawing on the energy of Manhattan’s busy streets to highlight their performance.

The launch campaign employed five different influencers to generate hype around the new line of headphones and build anticipation for its launch event, which was scheduled at the end of the week.

As we mentioned, our challenge was therefore set. Fly out to JFK, shoot five influencer videos and a hero film, all of which had to be ready for the brand’s launch event at McIntosh House in SoHo in 72 hours 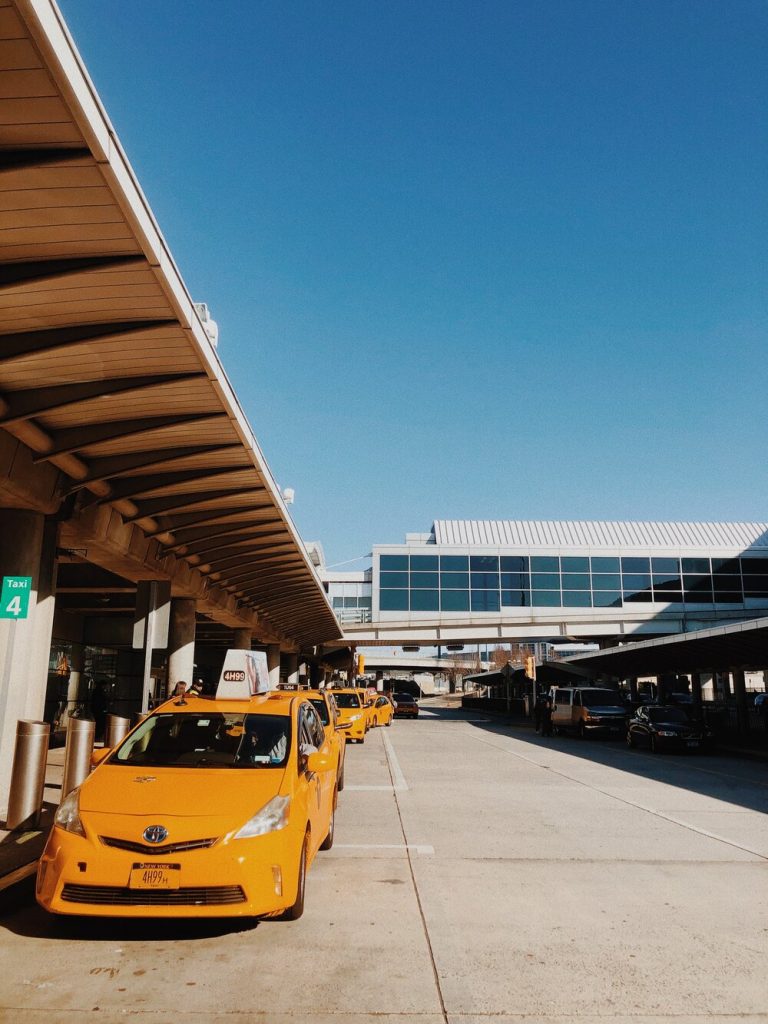 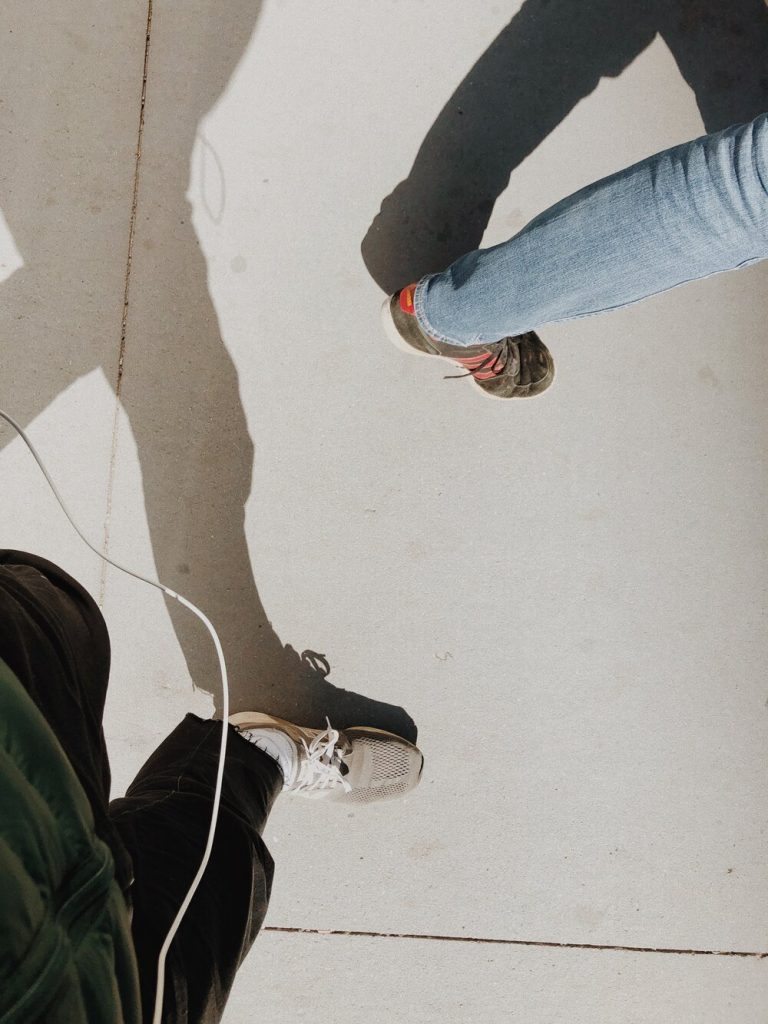 How we did it:

With our trip confirmed on Friday, we needed to be in Manhattan the next day. So we packed up our gear and headed straight to catch the next flight out of London, to New York. The trip took place in early-March, when Covid-19 was rearing its head in Europe, which added an element of uncertainty to the trip. It turned out that we’d be shooting alongside our agency partner, TLGG, but the client would be unable to travel. This meant that all edits would be signed off with them via WhatsApp on the fly.

We landed late on Saturday afternoon, taking the evening to acclimatise and get a sense of the Lower East Side, where we would be doing a lot of our shooting. It was here that Zach and I took the opportunity to visit the offices of 368 and peer up at Casey Neistat’s studio. For many, it may feel like an underwhelming spot, for someone like me who feeds off that energy, this element of the city awakened my senses and drove me to tackle the task ahead.

Our pre-production meeting took place that night, once the rest of the team had arrived, where we set out the schedule for the next three days. 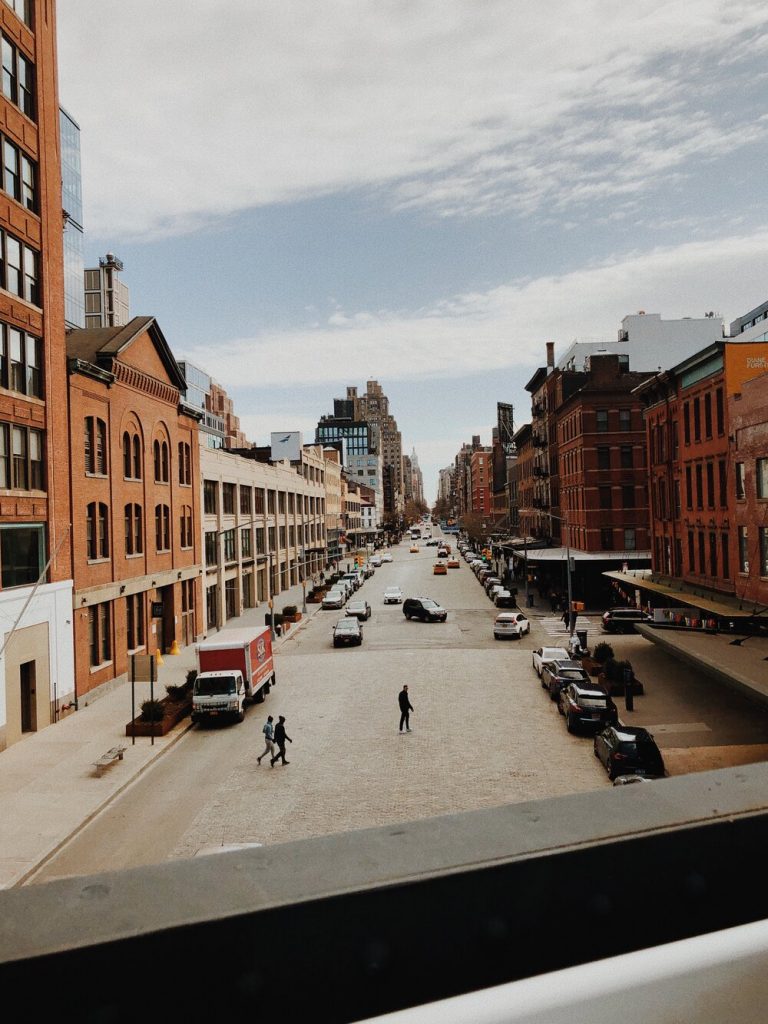 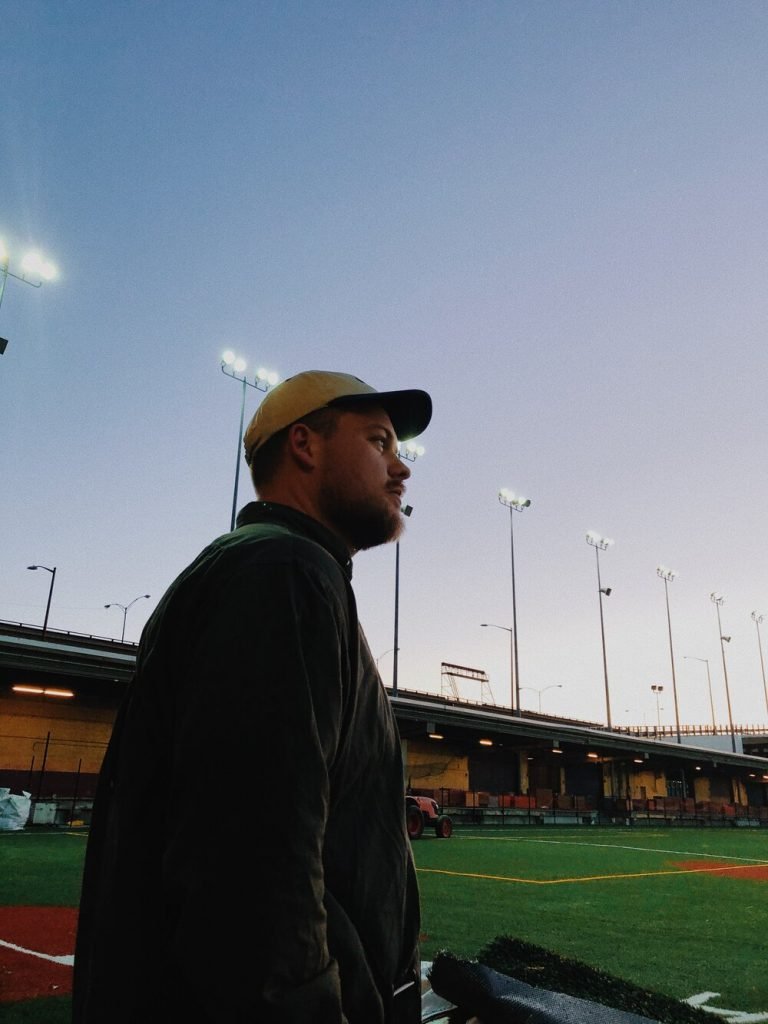 The first full day on location was spent scouting the specific spots we’d be using to shoot each of our influencer videos. We also needed to capture b-roll as we went – think travel, yellow cabs, subway trains, busses, bikes, etc.

*If you watch the clip above, you will get a sense of the idea behind the video. Montblanc’s noise-cancelling headphones are the perfect antidote to Manhattan’s noisy and chaotic assault on your senses.

Our first stop was the High Line.

I’m sure if you’ve been to NYC, you will have checked this place out. For those that haven’t, it is an impressive stretch of reclaimed raised railway, running 1.5 miles up the west side of Manhattan. It is now a park in the sky, which offers a really versatile space to shoot against a stunning backdrop of the downtown skyline. This provided some incredible opportunities for parallax shot options to add that sense of scale.

We signed off on this first location, captured some b-roll and quickly headed to the World Trade Centre site, our second location, to check out the Subway station. The challenge here was figuring out where we could and couldn’t shoot. Once we’d planned out our route, we planned out where our light would be on the following day. We only had around 30-45 minutes with each Mark Maker (influencer), so time was tight, and we needed to plan each shot to perfection to ensure we didn’t waste time.

The last location before we headed back to our hotel to edit our b-roll, was Canal Street station. This final spot marked 3 of the 5 sites signed off and incorporated into our storyboards for the following day. 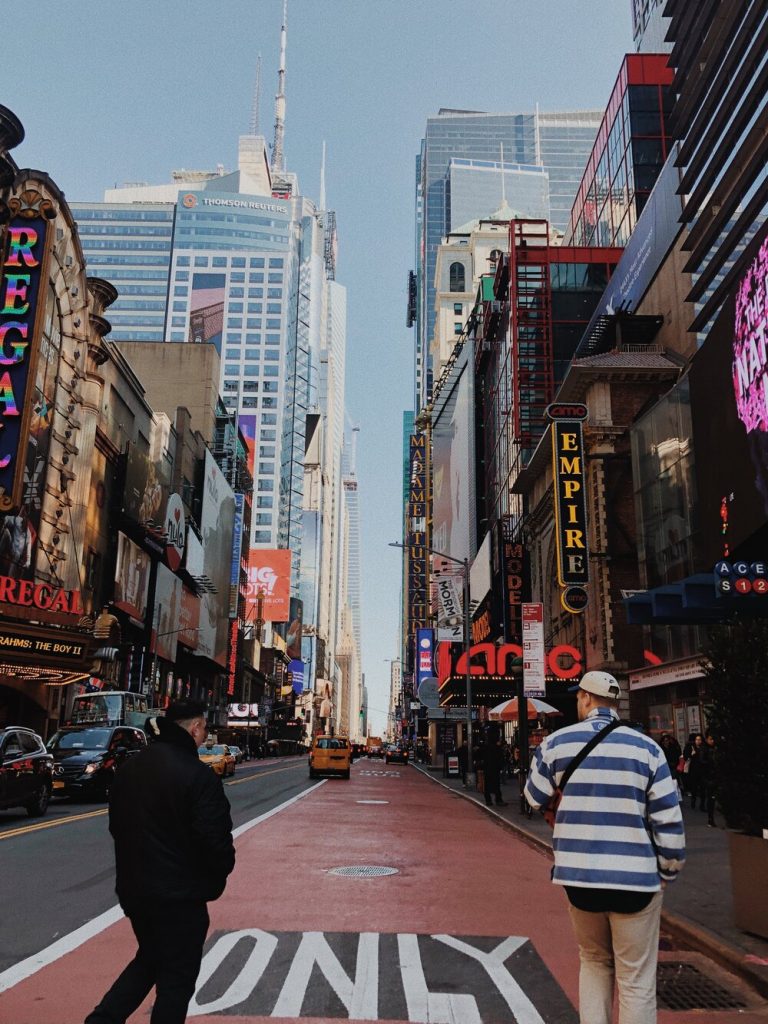 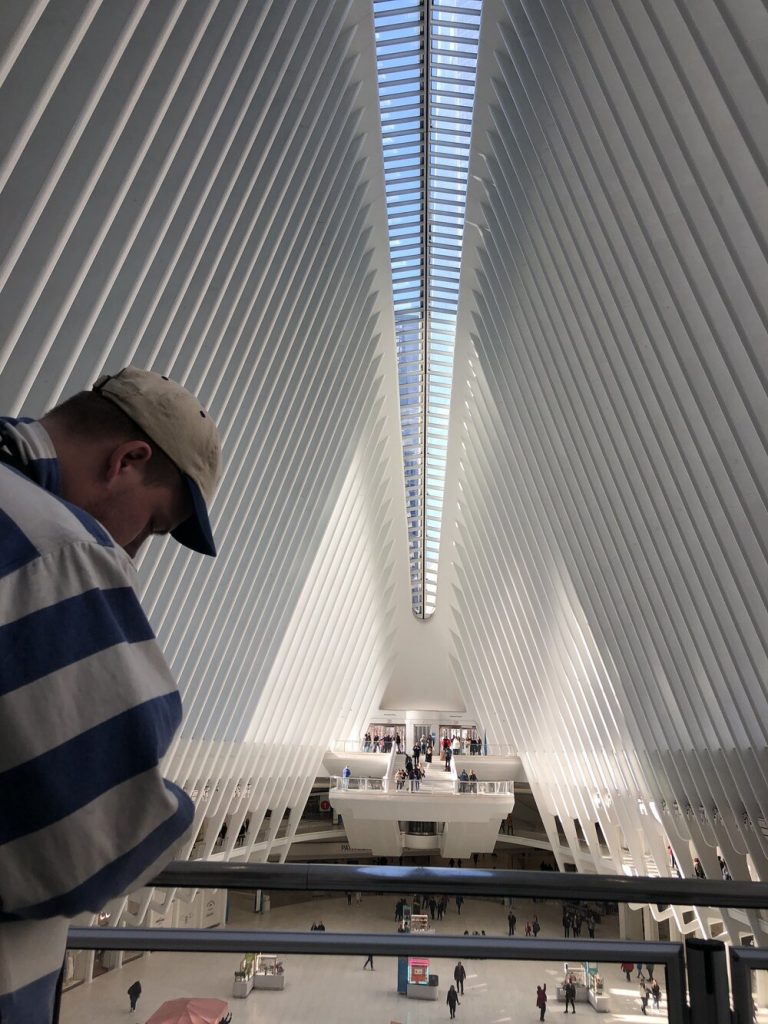 Luckily, we had a leisurely call time of 9 am the following day following a hectic schedule of travel and location scouting (fuelled by copious amounts of deli coffee and dollar pizza).  After a quick breakfast, we headed back to the High Line, to begin working with our first influencer, Gabrielle-Kane Lewis and his team.

When working with influencers, you never really know what mood they’re going to be in. Sometimes they’re there to hustle and get the job done, sometimes they’re open to having a bit more fun when getting the perfect shots. There is little time to get to know each other before you have to begin directing them. So being adaptable to their way of working is critical – especially with a deadline like ours looming.

We kept things fluid and avoided drawing too much attention by leaving Zach, Peter (TLGG’s creative director) and GKL to work as a team of three to work at one end of the park. Gabrielle-Kane ended up being awesome to work with, and ever adaptable – even when we sprung an impromptu food van shot on him…

Me: “Could we get a shot of you ordering and grabbing a takeaway from this food truck?”

After getting the shots we needed, it was on to the World Trade Centre, where we would be working with Dylan Sprouse.

Zach, as a kid, was brought up on the Disney Channel, where Dylan and his brother Cole were starts of one his favourite shows, The Suite Life of Zach and Cody. So, although not star-struck, Zach definitely enjoyed the coming together of world’s when working with Dylan.

As before, Dylan ended up being super friendly and cool to work with. We worked through the shot list defined the previous day quickly, again without drawing too much attention by keeping our team tight. We had to cope with unpredictable light, which left us adapting on the fly – but by moving things around, we ensured it came together.

30 minutes after meeting Dylan, we had wrapped. We raced back to our hotel, where we began working on edits from the day. These were rushed to the various teams we were working with via Whatsapp for approval. 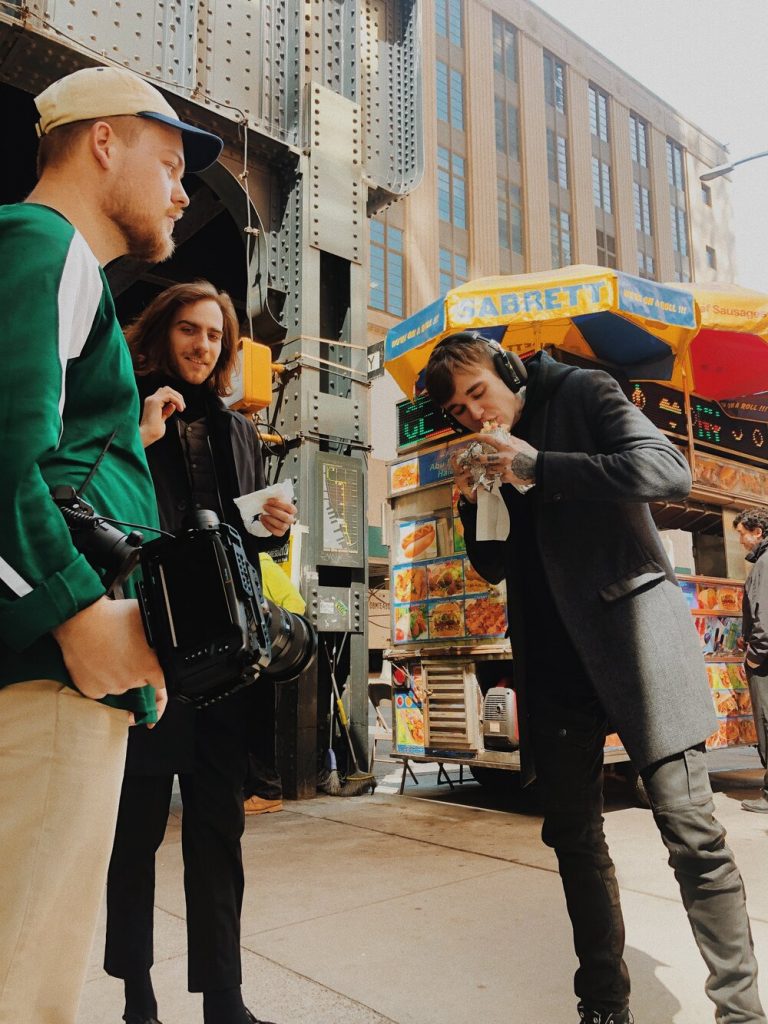 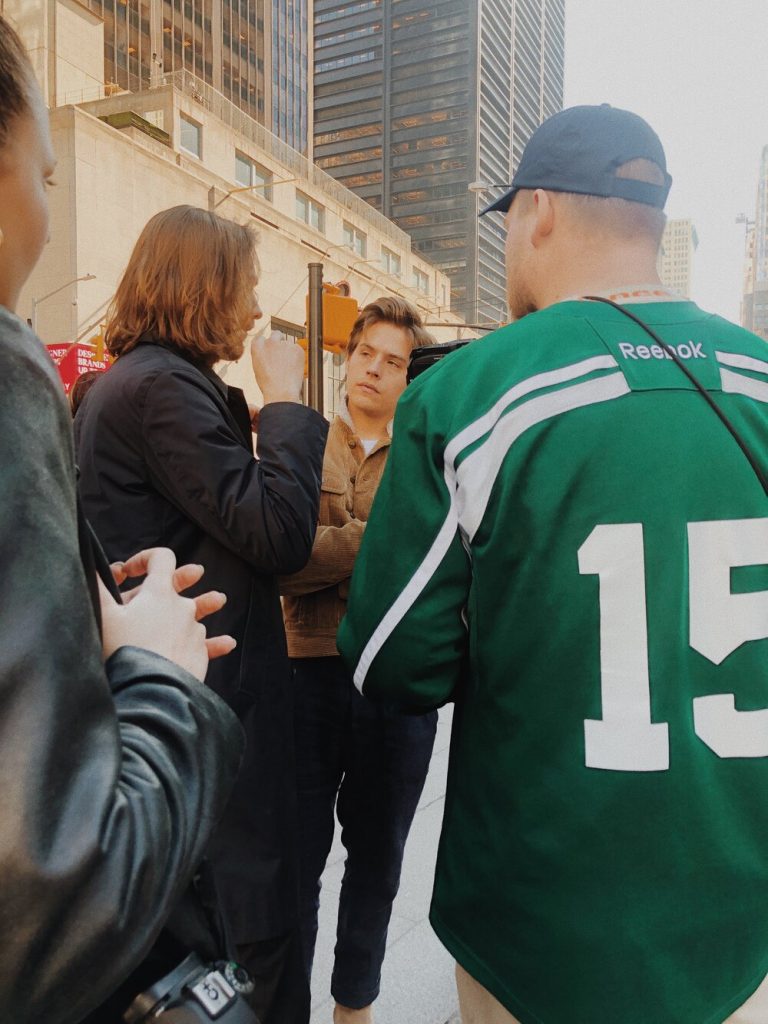 Our final shoot day was upon us. We had three influencers to work with, a hero video to piece together and the launch party to attend – a big breakfast required.

We headed straight to Canal Street station where we’d be working with Emily DiDonato. Our challenge was to shoot Emily among morning commuters on the Subway – no mean feat. The station itself was a challenging environment to shoot in, so we took a run and gun approach.

Emily, you do your thing, and we’ll work around you to capture what we need.

It was here that we had a real stroke of luck. While working between the people in the station, we boarded a Subway train to get some onboard shots, which somehow ended up being almost totally empty!

Emily’s shoot in the bag, it was time to head over to a rooftop bar where we’d be working with our next influencer, Quincy. Earlier in the trip, we had been caught off guard with an unannounced closing of our originally scouted location, so had to hustle on the fly to arrange an alternative. Luckily, the Lower East Side of Manhattan has a few hidden rooftop gems that provided a perfect option for us to work with.

While we waited for our penultimate influencer to arrive, Zach and I split to edit the hero video and shoot the final spots with the talent. I left Zach to work with Quincy on the roof, while I began the first cut of the film that would be shown at the party later that night.

It was all starting to come together.

Once I had the footage from the penultimate shoot, Zach went on to work with our final influencer of the trip, Martha, who would be sharing her film via her own channels.

By the time he returned from the final location, the hero video was edited, and all influencer films had been cut and shared with the team via Whatsapp. Remarkably, and this rarely happens, we’d had all edits signed off there and then, in time for the launch event.

It was time to hit the party!

The House of McIntosh was jumping, and the party was in full swing. By this point, the adrenaline that had seen us through the previous three days was ebbing. We took to a nearby speakeasy to party with some locals before catching some rest before returning to JFK to board our flight home.

All in all, it was an incredibly hectic trip. However, testament to the teams at TLGG and Montblanc, and the brilliant influencers we had the pleasure of collaborating with, everything ran without a hitch. None of this would have been possible without this heroic team effort.

Check out the video at the top, to see how it all turned out: 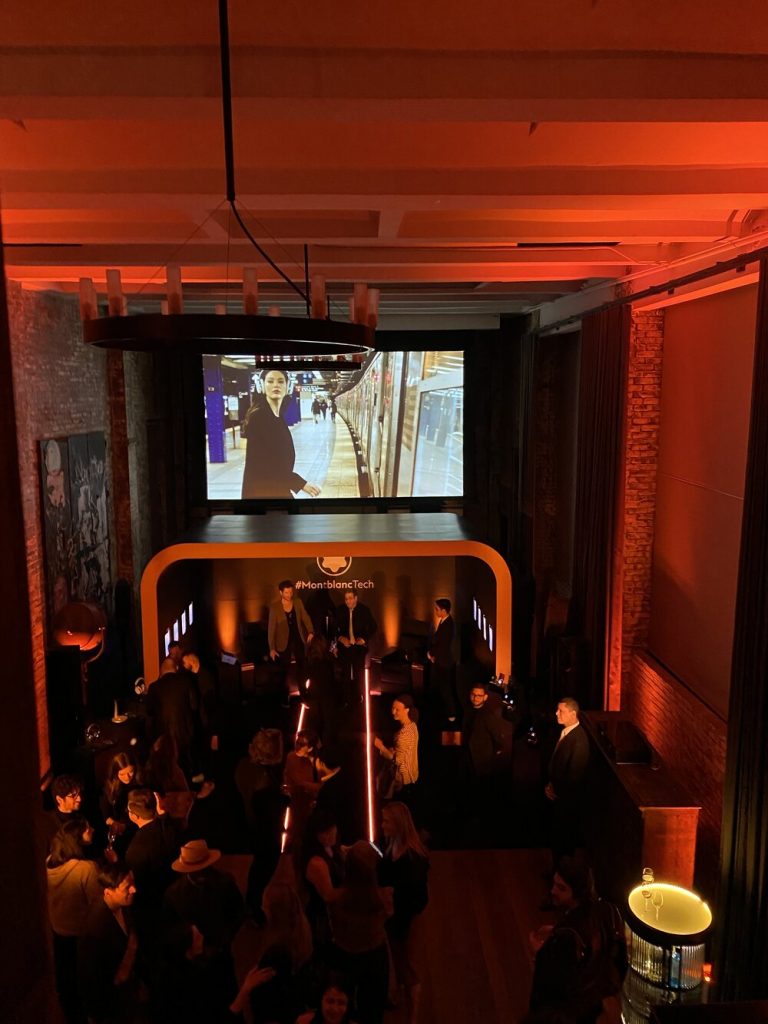 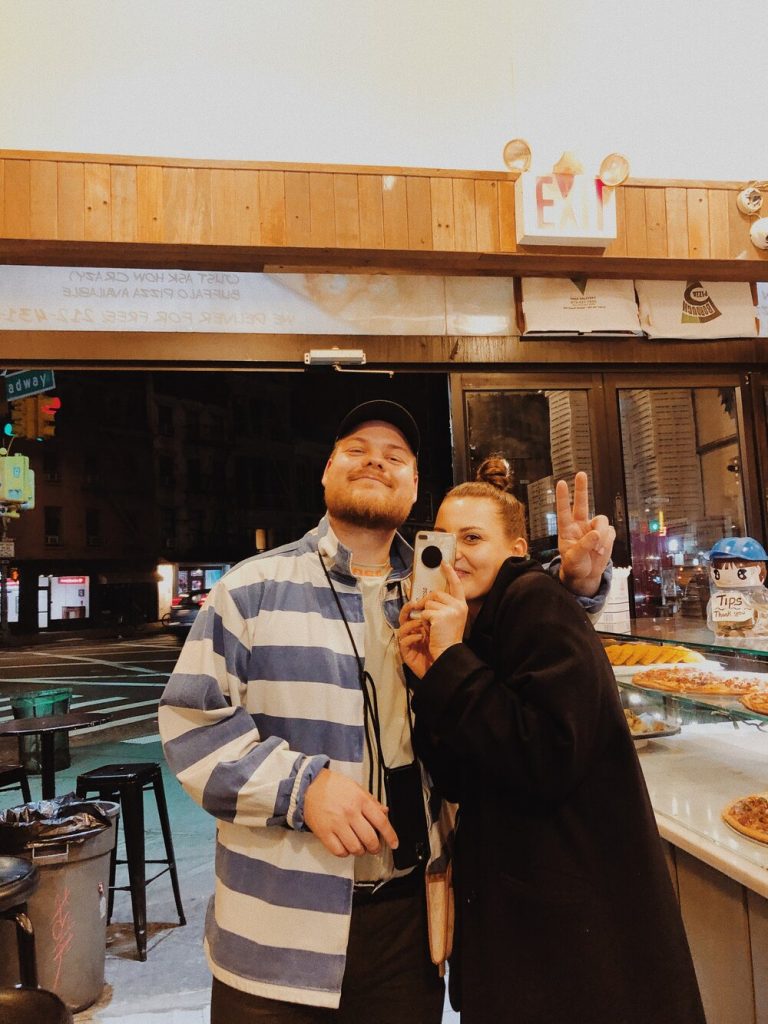 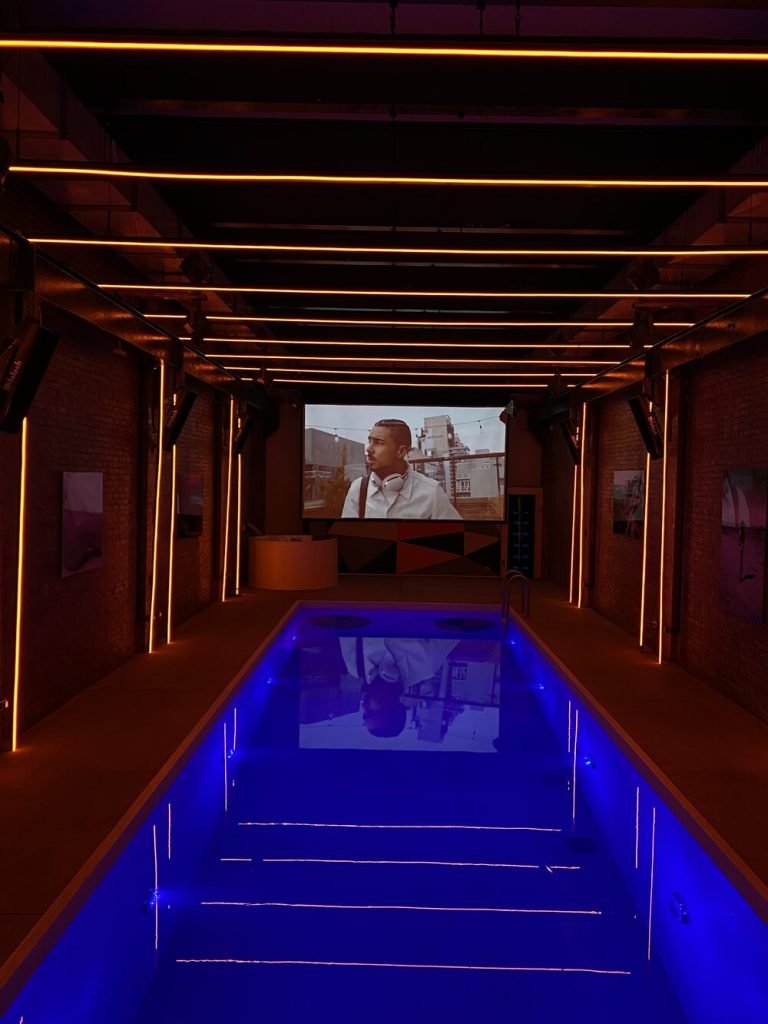 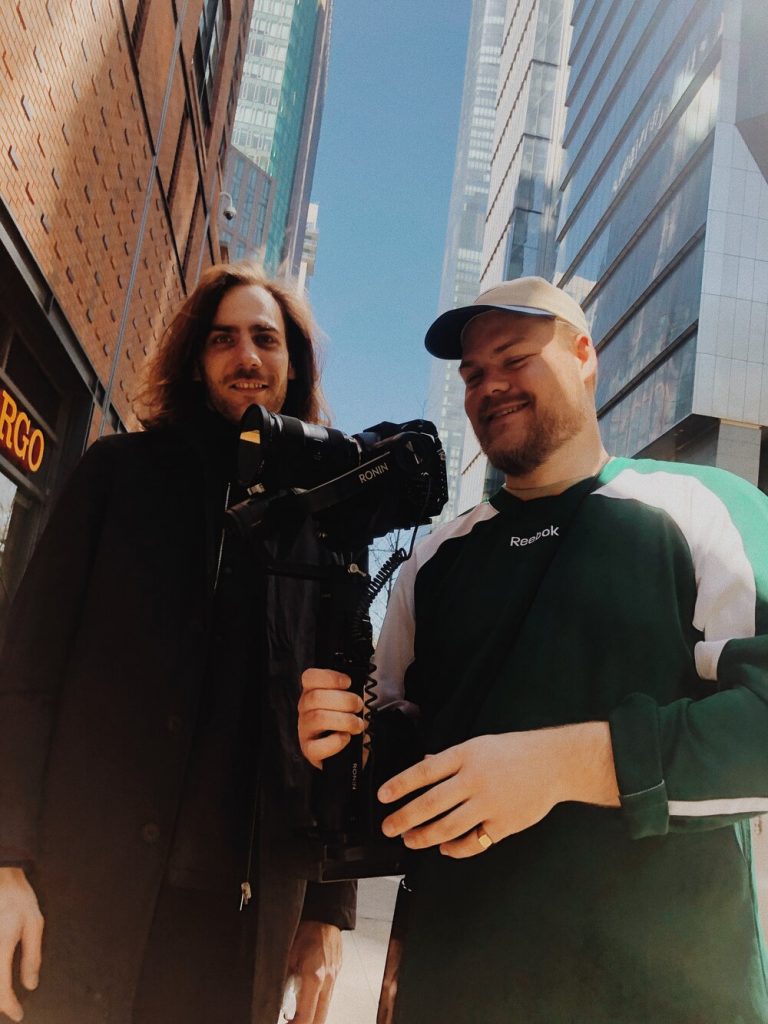 5 Reasons You Should Plan Modular Video Campaigns For 2021

Social media has pushed us way beyond the point of content saturation. Endless feeds see us scrolling and scrolling, mindlessly breezing past mountains of selfies, vlogs, ads, polls and articles - but what is it that really makes something stand out?

Brand content in the automotive industry. How Caterham took its engagement to the next level.

Social media has pushed us way beyond the point of content saturation. Endless feeds see us scrolling and scrolling, mindlessly breezing past mountains of selfies, vlogs, ads, polls and articles - but what is it that really makes something stand out?

Read More
We use cookies to ensure that we give you the best experience on our website.Accept all cookies